Douglas A. Macgregor, Ph.D.
Colonel (ret) Douglas Macgregor is a decorated combat veteran, the author of four books and a PhD. He is also Executive Vice President of Burke-Macgregor Group LLC, a consulting and intellectual capital brokerage firm based in Reston, VA. He was commissioned in the US Army in 1976 after one year at VMI and four years at West Point. His groundbreaking books, Breaking the Phalanx (1997) and Transformation under Fire (2003) has influenced change inside America’s ground forces. His doctoral dissertation, The Soviet-East German Military Alliance, published as a book by Cambridge University Press in 1989. In 1991, he was awarded the bronze star with “V” device for valor under fire with the Second Armored Cavalry Regiment that destroyed a full-strength Republican Guard Brigade on 26 February 1991. The Battle of the 73 Easting, the U.S. Army’s largest tank battle since World War II is the subject of his book, Warrior’s Rage. The Great Tank Battle of 73 Easting. Macgregor has testified as an expert witness on national security issues before the House Armed Services and House Foreign Relations Committee. He is a frequent guest commentator on radio and television.

The Biden administration refuses to tell the American people the truth: Ukraine is not winning and will not win this war.

The national political and military leaders who committed America to wars of choice in Vietnam, the Balkans, Afghanistan, and Iraq, did so as a rule because they were convinced the fighting would be short and decisive. American presidents, presidential advisors, and senior military leaders never stopped to consider that national strategy, if it exists at all, consists of avoiding conflict unless the nation is attacked and compelled to fight.

The latest victim of this mentality is Ukraine. In the absence of a critical root-and-branch analysis of Russia’s national power and strategic interests, American senior military leaders and their political bosses viewed Russia through a narrowly focused lens that magnified U.S. and Ukrainian strengths but ignored Russia’s strategic advantages—geographic depth, almost limitless natural resources, high social cohesion, and the military-industrial capacity to rapidly scale up its military power.

Ukraine is now a war zone subject to the same treatment the U.S. armed forces inflicted on Germany and Japan during the Second World War, on Vietnam in the 1960s, and on Iraq over decades. Power grids, transportation networks, communications infrastructure, fuel production, and ammunition storage sites are being systematically destroyed. Millions of Ukrainians continue to flee the war zone in pursuit of safety, with ominous consequences for Europe’s societies and economies.

Meanwhile, the Biden administration repeatedly commits the unpardonable sin in a democratic society of refusing to tell the American people the truth: contrary to the Western media’s popular “Ukrainian victory” narrative, which blocks any information that contradicts it, Ukraine is not winning and will not win this war. Months of heavy Ukrainian casualties, resulting from an endless series of pointless attacks against Russian defenses in Southern Ukraine, have dangerously weakened Ukrainian forces.

Predictably, NATO’s European members, which bear the brunt of the war’s impact on their societies and economies, are growing more disenchanted with Washington’s Ukrainian proxy war. European populations are openly questioning the veracity of claims in the press about the Russian state and American aims in Europe. The influx of millions of refugees from Ukraine, along with a combination of trade disputes, profiteering from U.S. arms sales, and high energy prices risks turning European public opinion against both Washington’s war and NATO.

Russia has also undergone a transformation. In the opening years of President Putin’s term of office, the Russian Armed Forces were organized, trained, and equipped for exclusively national territorial defense. But the conduct of the Special Military Operation (SMO) in Ukraine has demonstrated the inadequacy of this approach for Russia’s National Security in the 21st century.

The opening phase of the SMO was a limited operation with a narrow purpose and restricted goals. The critical point is that Moscow never intended to do more than persuade Kiev and Washington that Moscow would fight to prevent Ukraine from joining NATO, as well as the further mistreatment of Russians in Ukraine. The SMO was, however, based on invalid assumptions and was terminated. As it turned out, the limited nature of the SMO achieved the opposite of the outcome that Moscow desired, conveying the impression of weakness, rather than strength.

After concluding that the underpinning assumptions regarding Washington’s readiness to negotiate and compromise were invalid, Putin directed the STAVKA to develop new operational plans with new goals: first, to crush the Ukrainian enemy; second, to remove any doubt in Washington and European capitols that Russia will establish victory on its own terms; and, third, to create a new territorial status quo commensurate with Russia’s national security needs.

Once the new plan was submitted and approved, President Putin agreed to an economy of force operation to defend Russian territorial gains with minimal forces until the required resources, capabilities, and manpower were assembled for decisive operations. Putin also appointed a new theater commander, General Sergei Surovikin, a senior officer who understands the mission and possesses the mindset to deliver success.

The coming offensive phase of the conflict will provide a glimpse of the new Russian force that is emerging and its future capabilities. At this writing, 540,000 Russian combat forces are assembled in Southern Ukraine, Western Russia, and Belarus. The numbers continue to grow, but the numbers already include 1,000 rocket artillery systems, thousands of tactical ballistic missiles, cruise missiles, and drones, plus 5,000 armored fighting vehicles, including at least 1,500 tanks, hundreds of manned fixed-wing attack aircraft, helicopters, and bombers. This new force has little in common with the Russian army that intervened 9 months ago on February 24, 2022.

It is now possible to project that the new Russian armed forces that will evolve from the crucible of war in Ukraine will be designed to execute strategically decisive operations. The resulting Russian force will likely take its inspiration from the force design and operational framework recommended in Colonel General Makhmut Gareev’s work, If War Comes Tomorrow? The Contours of Future Armed Conflict. The new military establishment will consist of much larger forces-in-being that can conduct decisive operations on relatively short notice with minimal reinforcement and preparation.

Put differently, by the time the conflict ends, it appears Washington will have prompted the Russian State to build up its military power, the very opposite of the fatal weakening that Washington intended when it embarked on its course of military confrontation with Moscow.

But none of these developments should surprise anyone in Washington, D.C. Beginning with Biden’s speech in Warsaw effectively demanding regime change in Moscow, the Biden administration refused to see foreign policy in terms of strategy. Like a stupid general who insists on defending every inch of ground to the last man, President Biden confirmed the United States’s commitment to oppose Russia and, potentially, any nation state that fails to measure up to globalism’s hypocritical democratic standards, regardless of the cost to the American people, whether in terms of their security or prosperity.

Biden’s speech in Warsaw was hot with emotion and mired in the ideology of moralizing globalism that is popular in Washington, London, Paris, and Berlin. But for Moscow, the speech was tantamount to a Carthaginian Peace plan. Biden’s “take no prisoners” conduct of U.S. foreign policy means the outcome of the next phase of the Ukrainian War will not only destroy the Ukrainian state. It will also demolish the last vestiges of the postwar liberal order and produce a dramatic shift in power and influence across Europe, especially in Berlin, away from Washington to Moscow and, to a limited extent, to Beijing. 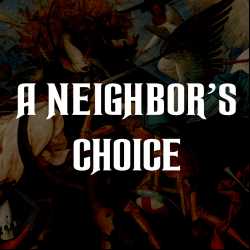 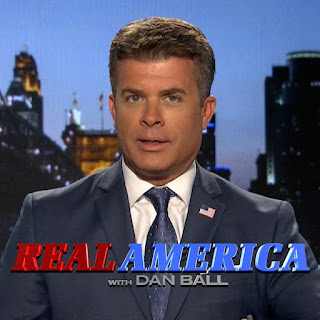 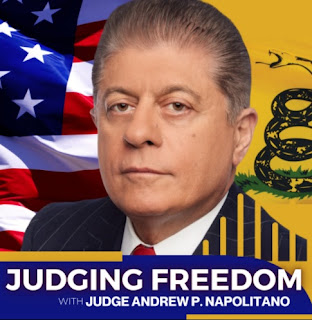 Ukraine Russia War - What is Next?
https://www.youtube.com/watch?v=hKAuLFpQ3dY
Backup Video:
https://www.bitchute.com/video/lGdjGqgSP0vm/
Posted by Douglas A. Macgregor, Ph.D. at 2:36 PM No comments:

Great Reset, Russia, Ukraine & Western Geopolitical Strategies - Col Douglas Macgregor
"Col. Douglas Macgregor is a decorated combat veteran, the author of five books, a PhD, and a defense and foreign policy consultant. He was commissioned in the Regular Army in 1976 after 1 year at VMI and 4 years at West Point. In 2004, Macgregor retired with the rank of Colonel. In 2020, the President appointed Macgregor to serve as Senior Advisor to the Secretary of Defense, a post he held until President Trump left office. He holds an MA in comparative politics and a PhD in international relations from the University of Virginia.
Macgregor is widely known inside the U.S., Europe, Israel, Russia, China and Korea for both his leadership in the Battle of 73 Easting, the U.S. Army’s largest tank battle since World War II, and for his ground breaking books on military transformation: Breaking the Phalanx (Praeger, 1997) and Transformation under Fire (Praeger, 2003). Macgregor’s recommendations for change in Force Design and “integrated all arms-all effects” operations have profoundly influenced force development in Israel, Russia and China. In 2010, Macgregor traveled to Seoul, Korea to advise the ROK Ministry of Defense on force design. In 2019, Transformation under Fire was selected by Lt. Gen. Aviv Kohavi, Chief of the Israeli Defense Force (IDF), as the intellectual basis for IDF transformation. His fifth book, Margin of Victory: Five Battles that Changed the Face of Modern War from Naval Institute Press is available in Chinese, as well as, English and will soon appear in Hebrew.
In 28 years of service Macgregor taught in the Department of Social Sciences at West Point, commanded the 1st Squadron, 4th Cavalry, and served as the Director of the Joint Operations Center at SHAPE during the 1999 Kosovo Air Campaign for which he was awarded the Defense Superior Service medal. In January 2002, at Secretary of Defense Donald Rumsfeld’s insistence the USCENTCOM Commander listened to Colonel Macgregor’s concept for the offensive to seize Baghdad. The plan was largely adopted, but assumed no occupation of Iraq by U.S. Forces.
https://www.youtube.com/watch?v=j6i0GqT1QvI
Posted by Douglas A. Macgregor, Ph.D. at 6:28 PM No comments: